341. Santo Stories: LA PURISIMA CONCEPCION of Guagua (under the care of the Tiongco-Villacorta Family) 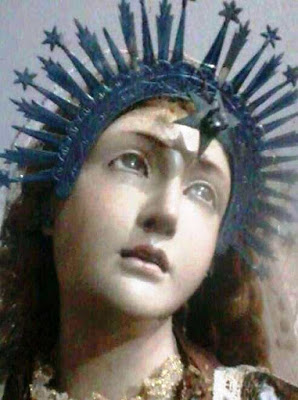 The story of the beautiful LA PURISIMA CONCEPCION of Guagua begins over a hundred thirty years ago, and has come to involved extended families beginning with Hipolito de Mesa Leoncio and wife Francisca Simon Chingcoangco, the first known owners of the image of the young Virgin. 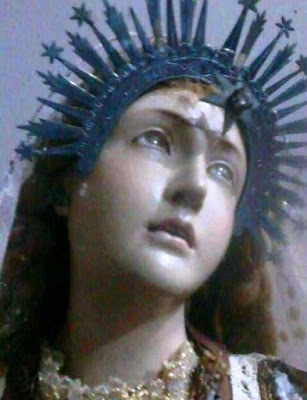 The couple had acquired the image, and several others, in 1910, from Fr. Maximo Veron, the then-parish priest of La Natividad de la Virgen Church (now known as Immaculate Conception Paris of  Guagua). The other icons included the lifesize  Sto.Entierrro (“Apung Señor), Sto Niño Dormido (sleeping Child Jesus), and San Jose.

More of these santos were acquired the same way by the couple’s cousins like the San Juan (Songco Family), Sta. Maria (Lozano Family) and Sta. Filomena (Lagman Family). 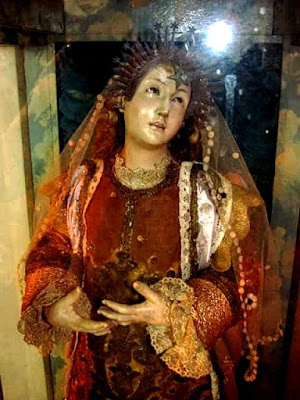 LA PURISIMA CONCEPCION, was often described by the old members of the family as “beautiful beyond compare”, a most appropriate description as the face is exquisitely carved, showing the highest level of the carver’s skills. When descendant,  Johnny Tiongco Villacorta was cleaning the image, he found on its base the carved notation--AÑO 23 ~ 12 ~ 89, which dated the making of the santa to Dec. 23, 1889. 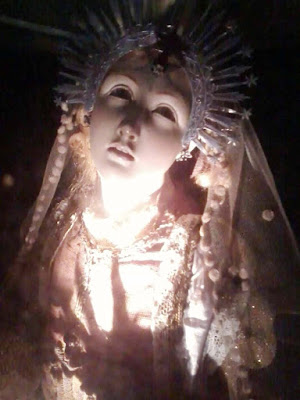 When the family became Aglipayan converts, LA PURISIMA was transferred to the Aglipayan Church of Guagua and enthroned there. During World War II, LA PURISIMA, along with the family’s treasured images, were spirited away for safekeeping. The Virgin and the sleeping Niño were kept under the kamalig of the Gamboa Family, also kins of the family. The San Jose figure, however, did not survive the onslaught of war, when the Japanese burned the house. 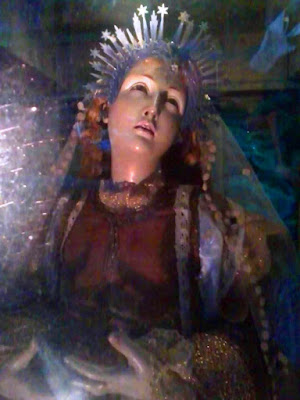 LA PURISIMA used to wear a halo with 12 stars (“Dose Estrellas) which has now been lost, but she still has her star-designed, diamond-studded rostrillo (facial aureole), silver earrings in the shape of cherubs, and a gold pendant. Thankfully, she also has retained her century-old  “tiso de oro” vestments. 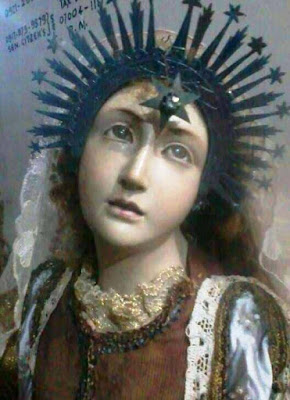 In her old age, Lola Pacing Lozano, the eldest child who died at age 95 in 2004, once wistfully said to her twin siblings Minang and Sidang: “Ikwa tana mengatwa at mangamate obat, ing Virgen tamu sidsad ya parin keng lagu” (We have all grown to this ripe, old age, and some of us have passed away, but our Virgin still remains as beautiful as ever). Indeed,  through all these years, she has remained “beautiful beyond compare!” 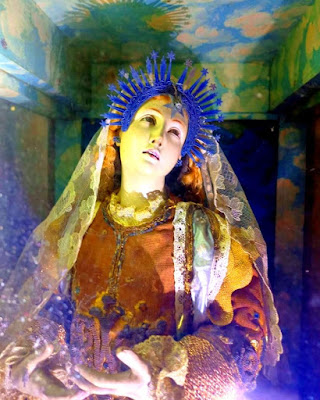 The custody of the image of LA PURISIMA CONCEPCION (fondly called “Apung Puring” by the elders),as well as Apung Señor, the Niño Dormido and the replacement image of San Jose has  been entrusted to grandson Johnny “Buda” Tiongco-Villacorta, exacting a promise from him  to continue the family tradition and never to sell them. “Sadsad mula… pakyapusan at sundu mu ing gagawan mi karela agyang magdildil na kayu mung asin.  E yula pamisali, pangaku mu kekami yan” (Carry on..,care for them the way we did even if you go hungry, and have nothing to eat but salt. Promise us never to to sell them..). 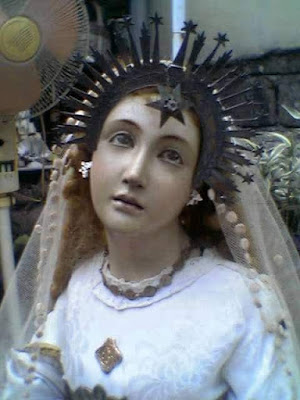 CREDITS: All information and photos courtesy of Mr. Johnny Tiongco Villacorta
Posted by Alex D.R. Castro at 2:06 AM