222. WHERE HAVE ALL THE SANTOS GONE? part II 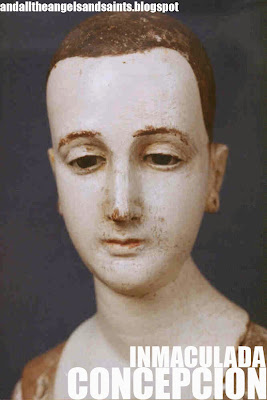 IMMACULATE TRANSACTION. This spectacular Immaculate Conception of over 3 feet, appeared for sale on ebay from dealer "robacus" or "losantiguos", who was allegedly involved in church theft sometime in 2003-04.. The case was later dismissed. 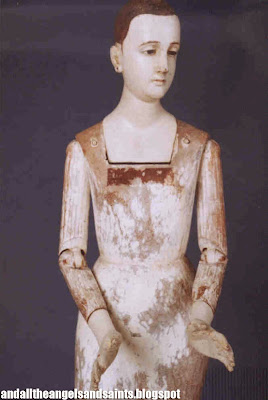 This spread of fabulous santos appeared on the ebay page of Rory Bacus, who sold antique santos under the name "robacus" and "losantiguos". After some objects were found in his house, the Cebu archdiocese sued the dealer for fencing various religious artifacts in October 2003. 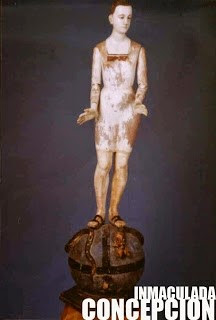 In April of the next year, a decision was handed down by the Cebu Regional Trial Court dismissing the case against Bacus. 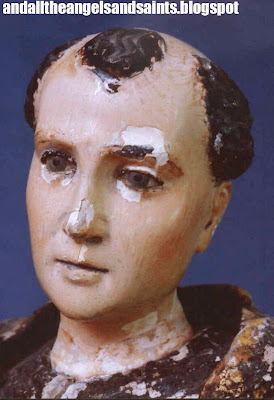 Regional Trial Court Judge Ireneo Lee Gako Jr., in a Feb. 20 order, exonerated  Bacus of the charges of violating the Anti-Fencing Law. The court also ordered the release of 278 religious icons and artifacts to Bacus. 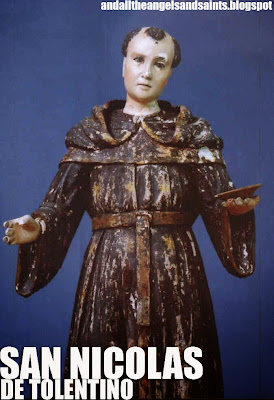 The dismissal of the case greatly disappointed Church officials who expressed their disgust over the outcome of the case. Fr. Carlito Pono, head of the Commission on the Cultural Heritage of the Church, admitted that while some of the parishes that reportedly lost icons had refused to cooperate, others could not find any evidence to prove ownership of the stolen items. 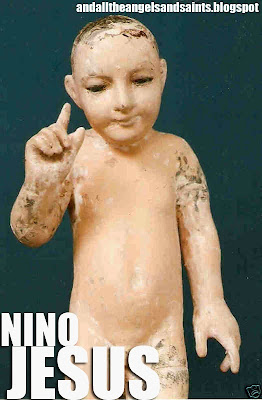 While the case was dragging, Bacus returned to eba,  although this time around, his posted items were smaller, primitive santos--the kinds one can readily find in downtown Manila antique shops. 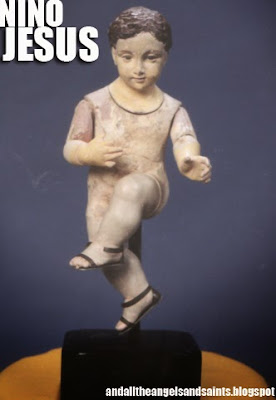 Ninos, such as these, obviously carried by bigger santo figures like San Antonio, Virgen del Rosario, etc. were also listed on ebay. Some were sold, others withdrawn for sale even after a winning bid had been placed. The dealer sent explanatory messages to the effect that the item had been sold in an antique fair and that he had forgotten. 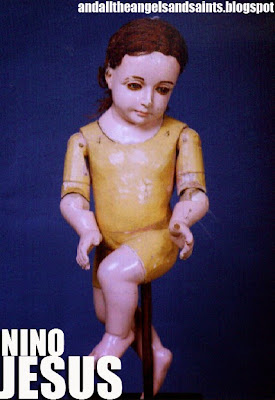 The noted antique dealer, Rory Bacus, passed away, sometime in 2013. The whereabouts of his remaining antique santo stock remains unknown. 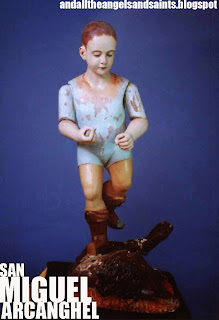 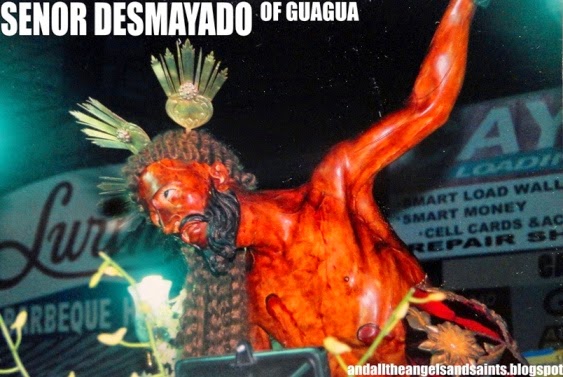 In Guagua, Pampanga, the last time the processional image of Christ sprawled and tied to a column was processioned, was in 1942. The Dyco family that owned it had decided that the image was going to be an heirloom to be bequeathed to descendants, so for a long time, it was kept at home. A fire that razed its carroza sealed the fate of the treasured Desmayado. It would take 62 years for the image to be processed again, coming out for the Lenten rites only in 2004, borne on a carroza obtained fortunately from the L.M. Subdivision chapel.

The antique Desmayado image itself was commissioned by one of Guagua’s leading citizen, Don Tiburcio Dyco, carved by hand in 1882 by the accomplished sculptor, Sotero Dionisio Garcia (b. 12 Apr. 1844/ d. 10 Jun. 1917) of Quiapo, Manila. The young Sotero trained under the tutelage of Jose Arevalo, and, after mastering the craft of woodcarving, he set up his own taller at the entresuelo of his house along Sta. Rosa St. With the help of Juan Sales who helped source projects for his shop, Garcia started to receive important commissions for religious statuaries, carrozas, retablos and altar pieces.

Some of his known works include the four figures on the façade of the Manila Cathedral; the statues of Saints Peter, Paul, and the Immaculate Conception enshrined in the central niches of the same Cathedral; the images of Sta. Maria Magdalena, San Juan, Veronica and Oracion en el Huerto (Agony in the Garden) at the Recoleto Church of Manila., 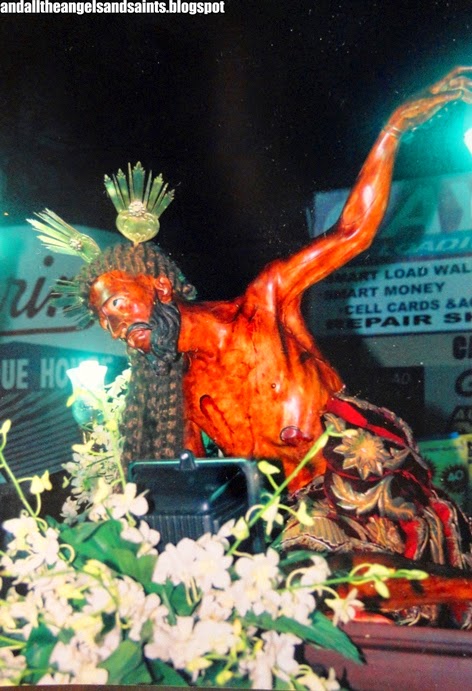 For the Dycos, he carved a most expressive Desmayado—a figure of an exhausted Christ, writhing on the floor, his left arm tied to a pillar by the wrist, his body bloodied and covered with welts. Christ’s s eyes are drawn up in supplication, his mouth agape, grimacing from his indescribable torture.

Five years after its carving, the Dyco patriarch decided to add three “Hudyo”soldiers to surround the fallen Christ figure. The task fell to Eulogio V. Garcia, son of Sotero with Petrona Velarde, who carved the characters in 1887, inscribing the neck with the date and his name. The heads and hands of these figures are still extant, but with bodies gone; they are no longer in use.

The elder Garcia became a local politico, served several terms as gobernadorcillo, and eventually turned over his religious statuary business to Eulogio. Eulogio would go on to become a successful carver and sculptor, as his father.

Today, as in the past, the Desmayado of the Dycos-Carreon—along with the Santo Sepulcro of the Ynfante-Velez family, the Mater Dolorosa of Limson—are among the Guagua’s most revered and most prized objects of veneration, around whom the devotion of the old town revolves, all during the days of the Holy Week.
Posted by Alex D.R. Castro at 3:13 AM 1 comment: