335. SANTOS FROM THE MUSEUM OF THE INCARNATION


Along Pariancillo St., in Malolos, Bulacan, and right across an ancestral house coverted ino a Meralco office, is another heritage home of the Tiongson Family, that has been repurposed into a  Museum. 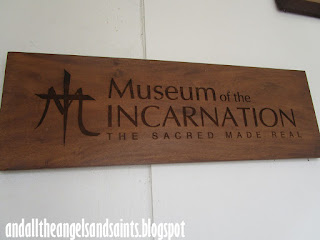 The Museum of the Incarnation was the brainchild of Mr. Leo Cloma, a finance executive who is a native of Bulacan. After securing the agreement of the Tiongsons, he proceeded to restore the house and convert it into a museum where “the sacred is made real”.

It houses some of the most stunning processional images and other ecclesiastical art pieces displayed using old mesa altars and antique reproductions of urnas, from his own commissioned collection, as well as centuries-old images of noted santero, Francsico Vecin. There are also “retired” images (those that are no longer processed) from Bulacan families.


The images in the specious museum house are most Semana Santa images and tableaus—from Mater Dolorosa, the Tres Marias, to whole Calvario scene, the kiss of Judas, and the Last Supper. But there are also non- Holy Week images like the death of St. Joseph, the Nativity,and individual images of santos like St. Joseph, Immaculate Conception and San Miguel.


The museum complements the other “museum house” of the Reyes family which also contains collections of restored images as well as stunning processional carrozas.

On this spread are pictures of santos from the Museum of the Incarnation. As it is a private museum, appointments should be made with the Museum admin people. 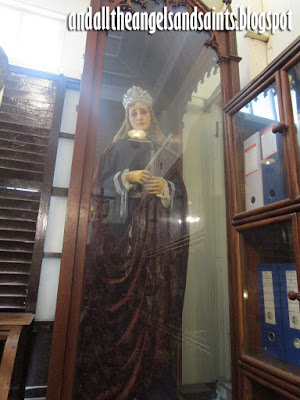 MANY THANKS TO MR. LEO CLOMA FOR THE INVITATION
TO VISIT THE MUSEUM OF THE INCARNATION.
Posted by Alex D.R. Castro at 1:13 PM No comments: