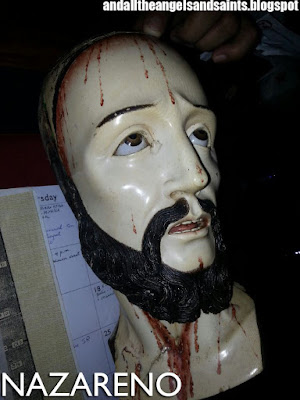 A gathering of priceless santo heads—some belonging to treasured images, others owned by churches and families; some antiques, others vintage; some from shops, others from private collectors;  some classical, a few folksy—but all made and crafted from old  ivory, the most exquisite and desired material for creating images of devotion. 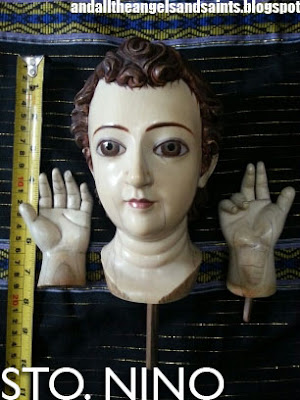 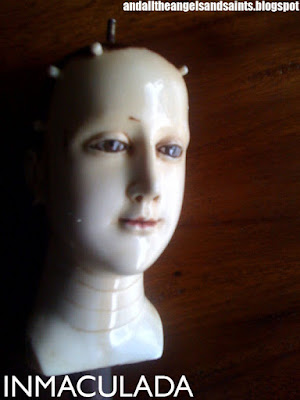 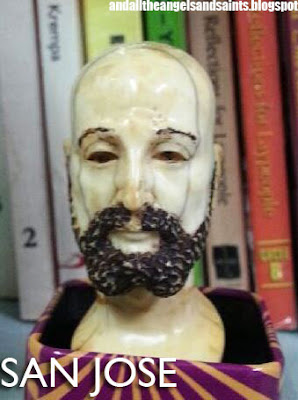 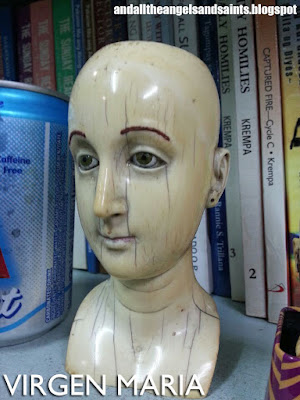 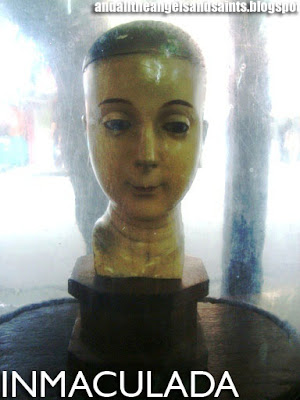 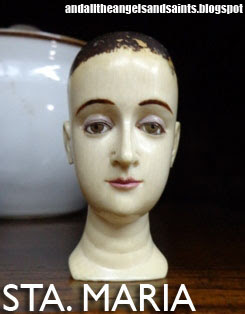 One of the lesser known Marian images in the Philippines is not even a carved statue; it is an age-old painting in a rococo frame kept at the Museo ng Buhay Pilipino at the Central Bank Complex in Quezon City. 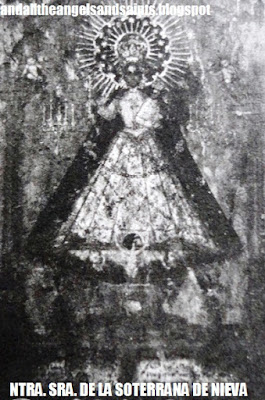 The 1790 painting, illegibly signed and with barely readable inscription, bears the title Nuestra Señora de Nieva, which shows the gowned Virgin with a scepter in one hand, and cradling the Christ Child with the other. She is haloed with a brilliant diadem and stands on a pedestal with rocaille touches, attended by cherubims.

The inscription below the icon mentions the number of days of indulgence granted to those who recited an Ave Maria and prayed for the prosperity of Christianity in the country. The author of this concession was the Recoleto bishop of Vigan, Most. Rev. Juan Ruiz de San Agustin, who governed ca. 1782-83 up to 1796. 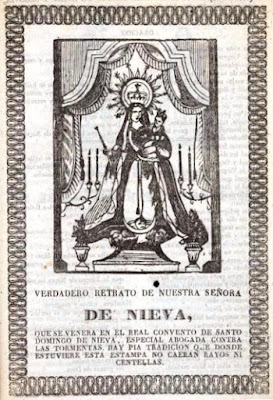 The Virgin has been labeled “Our Lady of the Snows”, but is in fact, based on an existing when in fact, there is an image of Ntra. Sra. Soterraña de Nieva, venerated since the 14th century in Santa Maria de Nieva, a town in Segovia Spain. The original wooden statue was found buried in 1392, hidden from the Muslim invasion, in the village of Santa María de Nieva sits now.

The discovery was considered a miracle, and so Queen Catherine of Lancaster had a sanctuary built there. The Virgin was called “ Soterraña”, (subterranean), in reference to her buried state when found. It continued to reside in a Gothic church at Santa María la Real de Nieva, but a fire burned the original image in the 19th century. A replacement image was made and this is the present image found in the church today.

Other than the Soterraña painting, an 18th c. ivory image of the Virgin with the Child Jesus that once belonged to former First Lady, Imelda Marcos has been ascribed the title of “Our Lady of Soterraña de Nieva “.

Before this, this image originally was located at the San Agustin Church. The image is dressed in dress wrought in 18 karat filigree gold and shows the Virgin holding the Child Jesus in her left arm and holding a sceptre in the left hand.


The figures’ head and hands are of ivory, and the image stands about 24 inches, including the base, decorated with three cherubims. This Marian image participated in the yearly Grand Marian Procession of Intramuros until 1981. It is now owned by a private collector.
Posted by Alex D.R. Castro at 4:26 PM No comments: