217. SACRED LEGACY: Santo Collection of the Zaragozas of Guagua and Quiapo 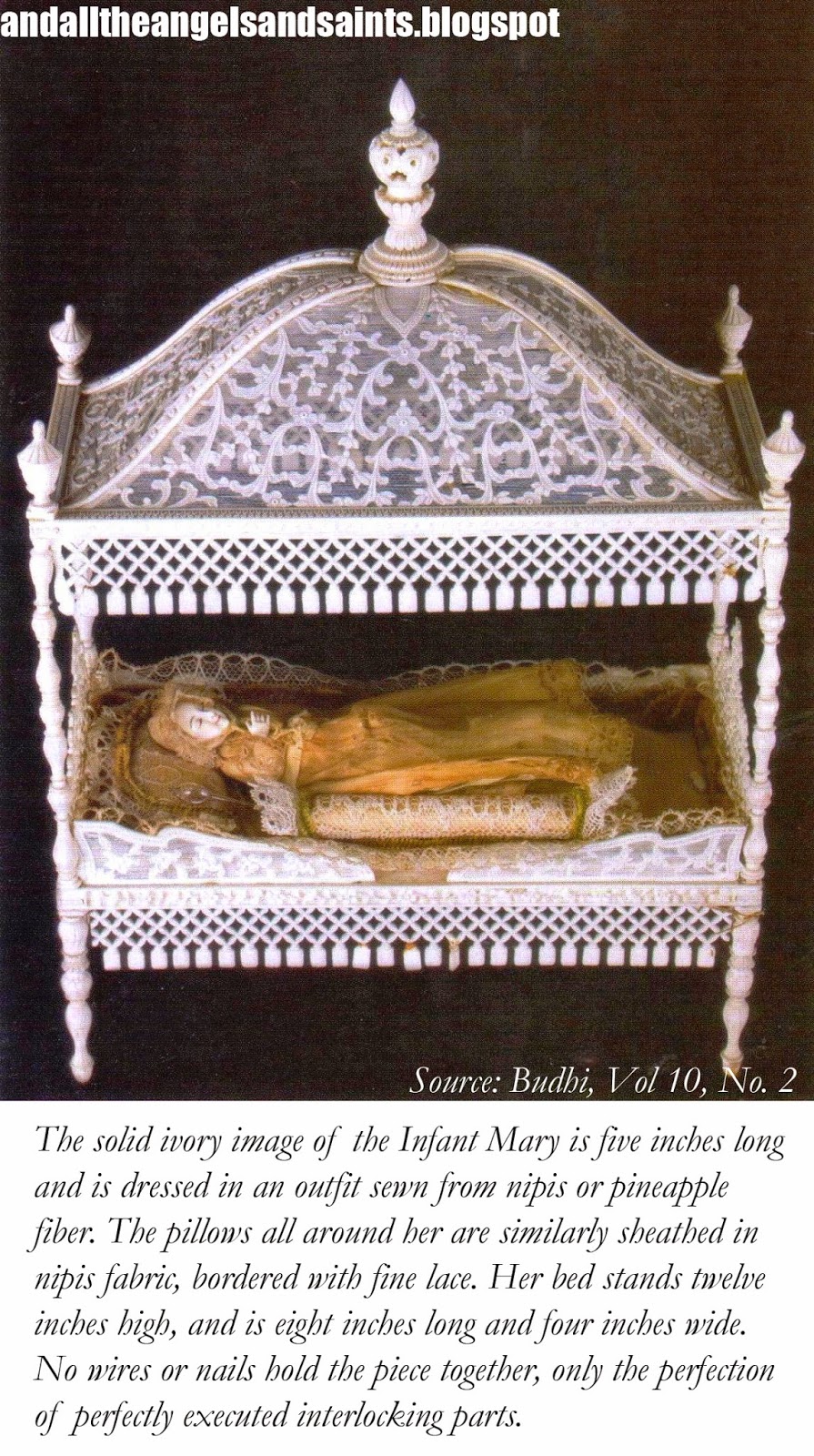 The Zaragozas are an old family whose lineage can be traced back to the Cepeda family of Sta. Teresa de Avila. A relative of the mystic saint, Gen. Agustin de Cepeda arrived with Legaspi in Manila and became its mayor in 1657. Another relative, Agustina Zaragoza fought against the French at the age of 18 in 1808, to become the toast of the Spanish Army. 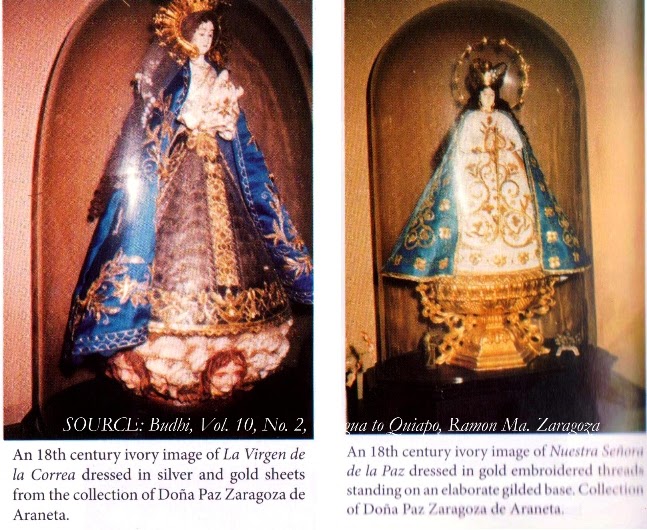 The family’s Philippine bloodline was begun by Rafael Zaragoza, who was assigned to Nueva Ecija to protect the Spanish interest on the burgeoning tobacco industry in the Philippines. He fathered two children, Jose and Miguel Zaragoza. Jose married Rosa Roxas of Quiapo, with whom he had a son, Elias--the first Filipino to graduate from Yale University in 1906. 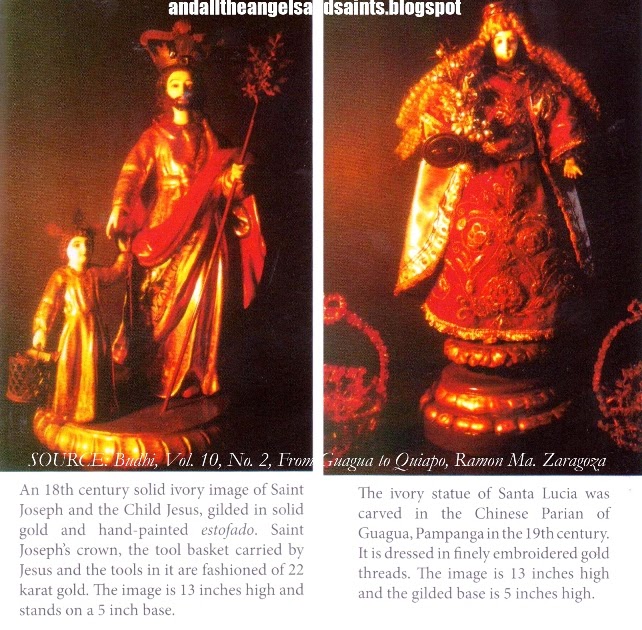 I first heard of the Pampanga connection of the Zaragozas of Quiapo from stories in Guagua about the spectacular Santo Sepulcro of the Velez-Infante that has been processioned annually every Good Friday, for over two centuries. A member of the family, Rosario Velez R. Infante would go on to meet and marry Elias Zaragoza, thus establishing the Guagua-Quiapo ties. 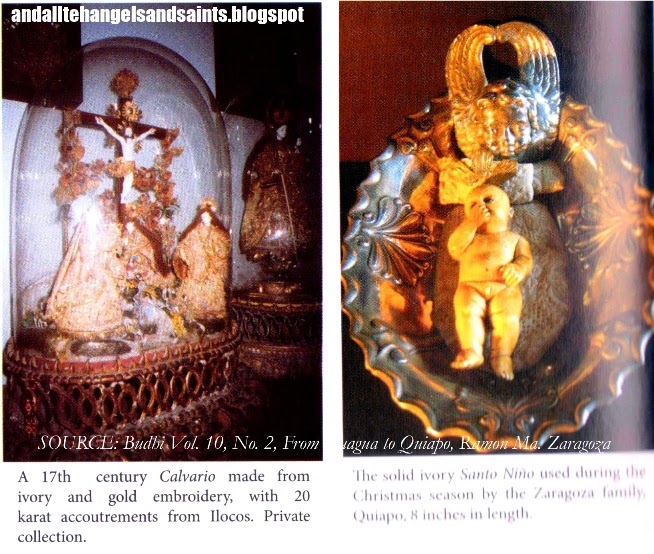 The family history is recounted in one journal, written by a descendant, Arch. Ramon Ma. Zaragoza, entitled “From Guagua to Quiapo”. Ramon’s father, incidentally , is the 2014 National Artist for Architecture, Jose Ma. Zaragoza, renowned for designing sacred structures including his masterpiece, the Sto. Domingo Church. In his family chronicle, 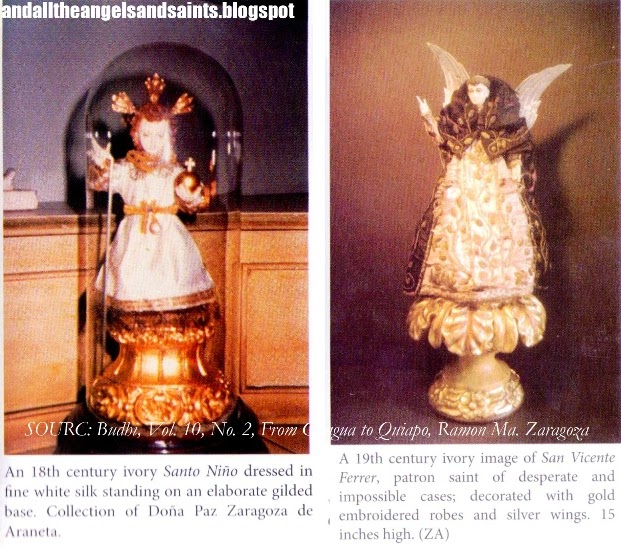 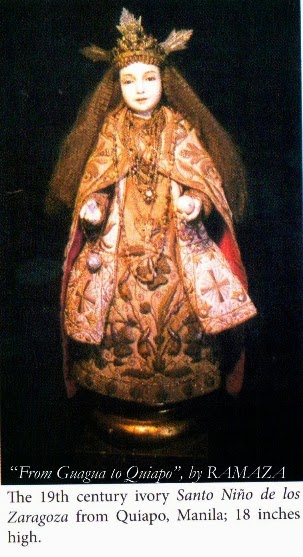 He also wrote about the religious artworks that filled their ancestral houses, which survived numerous catastrophes and saved by current family members—including the prized La Dormicion dela Virgen Maria—a most exquisite antique ivory treasure that is now under the care of Arch. Ramon. 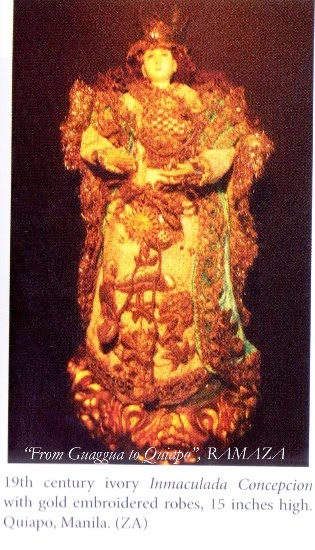 On this page are a few more of the ivory santos from the Velez-Zaragoza collection, all reproduced from “”From Guagua to Quiapo”: Budhi, A Journal of Ideas and Culture, Vol. , No. 2, 2006. Ateneo de Manila Press. 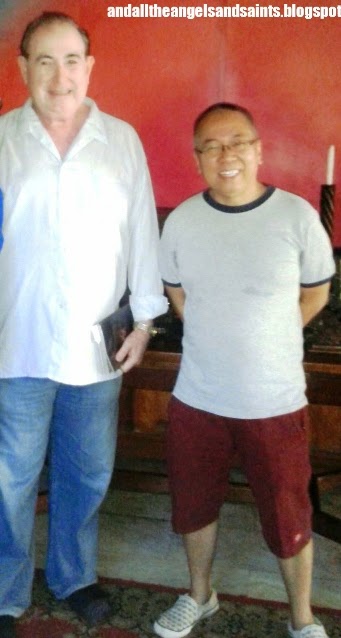 In March 1937, the1st Philippine Exposition of Christian Art was held in the Philippines, a first-time exhibit of antique religious and ecclesiastical art culled from private and church collections. The pre-war exhibit was organized in time for the holding of the 33rd International Eucharistic Congress in Manila, and was held at the Victoria Gardens, Manila.

Some of the precious heirloom santos on display include the Buencamino family’s “Last Supper”, a tableaux of 12 seated santo figures representing Christ’s disciples, plus the carved likeness of Christ himself. This grouping still exists today. Just as awe-inspiring was a set of crucifixes that , as one magazine recorded, “won praises from lay visitors and foreigners as well as church dignitaries who were in the city to witness the 33rd International Eucharistic Congress.” Here are the pictures of the exhibited crucifixes and the original captions that described them. 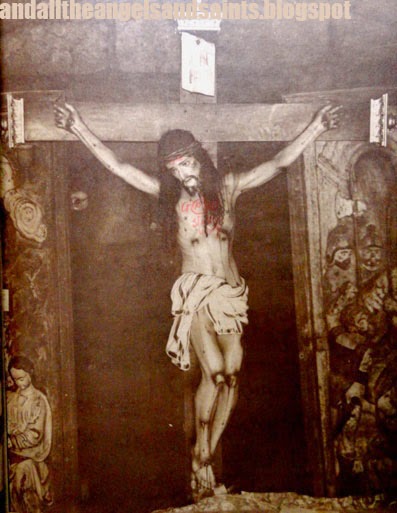 CHRIST UPON THE CROSS
The image of Christ sculptured about 160 years ago, and at present the property of Doña Consuelo David de Jesus of Sta. Cruz, Manila. 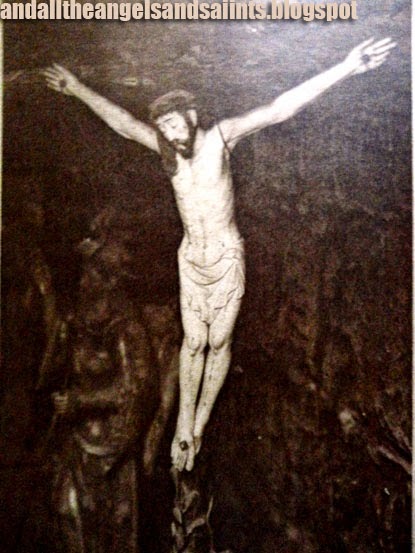 THE IVORY CHRIST
The Ivory Christ the first and only one of its kind in the Philippines and probably in the whole world today. It is made of pure ivory supported on a cross on a block of wood of Philippine ebony. This image stands about 2 feet tall (mountings excluded) and is a cherished possession of a family in Naga, Camarines Sur. 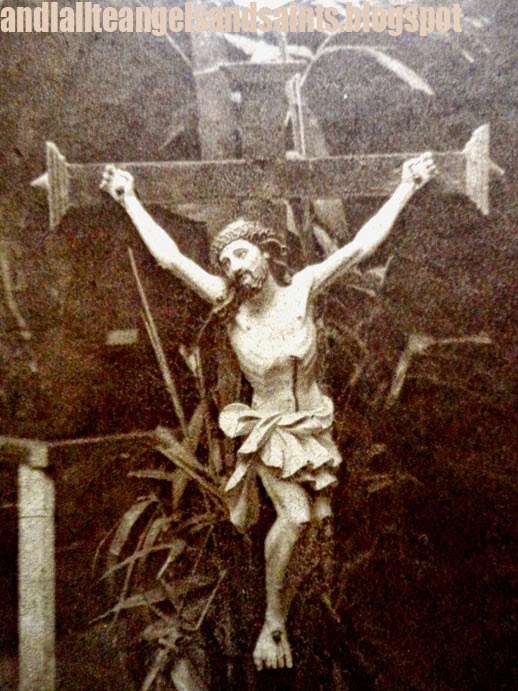 THE NUEVA ECIJA CRUCIFIX
The Nueva Ecija crucifix which is said to have been made in 1732, is not, as one would expect, a church property. On the contrary, it belongs to the municipality of Gapan, Nueva Ecija and is at present, in the custody of its lay officials. Many a Gapan townsman, 200 years ago, knelt and prayed before this crucifix not in devotion, but in atonement for theft, slander and slight offences.
Posted by Alex D.R. Castro at 4:05 PM No comments: