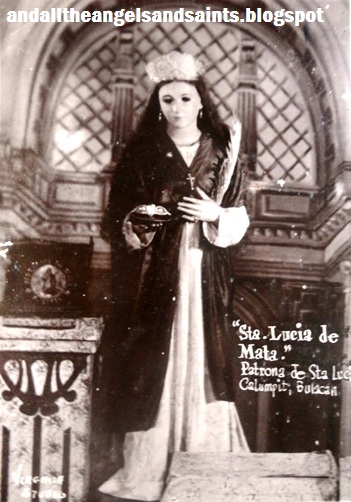 ALL EYES ON YOU. The sacred image of Sta. Lucia de Mata, patroness of Sta. Lucia, Calumpit, Bulacan. ca. 1920s.

Santa Lucia (b.283-d.304) or St. Lucy was but 14 years old when she was martyred for her faith by Paschasius, during the Diocletian persecution, this after being tortured by having her eyes gouged out. Because of this, she is invoked against diseases of the eyes. A popular saint in the Philippines, she is revered in Sta. Lucia, Ilocos Sur (where she is known as 'Apo Baket'),  Sasmuan in Pampanga (where the riotous Kuraldal is held in her honor every January) and Capalonga in Camarines Norte.

Sta. Lucia is also the patron of barrio Sta. Lucia in Calumpit, Bulacan, one of the town's oldest. Her 2-day December feast (Dec. 12, 13) is marked with a colorful street festival, with daily Masses and Novenas starting on Dec. 4. The fiesta is capped with spectacular firework displays.

The antique, de vestir image of Sta. Lucia enshrined in the church, is crowned and holds a palm of martyrdom and a dish on which a pair of eyes rests. It is reputed to be miraculous, as attested by many stories of healing--especially with regarsd to vision problems--through the centuries.
Posted by Alex D.R. Castro at 5:05 PM No comments: 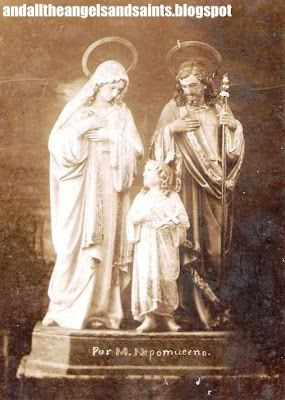 LA SAGRADA FAMILIA. Wooden representations of the Holy Family--Jesus, Mary and Joseph--carved in the round, made for private devotion. By Manuel Nepomuceno. Ca. 1910.

This beautiful devotional santo grouping depicting the Holy Family (La Sagrada Familia) is the handiwork of a largely-unknown 19th century sculptor, Marcelo Nepomuceno (b. 4 Sep. 1870/d. 7 Sep.1922). Born in Sta. Cruz, Manila to a woodcarver father, Pedro Nepomuceno, he learned to sculpt in his father's taller.

As a member of the Centro de Escultores, an association of Filipino sculptors in the early 19th century, Marcelo was a contemporary of Bonifacio Arevalo, Graciano T. Nepomuceno (who might have been a relative), Eulogio Velarde, and Anselmo Espiritu. Like them, his early works comprised mainly of religious art which were often commissioned by clients and patrons. Very few of his works are known, even to his children, so this exquisite carving gives us a glimpse of his carving mastery.

Known for his controversial and unusual artworks, Marcelo once made a sculpture intended for display at the Exposición Regional de Filipinas in 1895. Entitled "Espiritu y Materia,", it showed a priest embracing a nude woman. It was never exhibited after religious groups protested. Another entry to the St. Louis Exposition in 1904 entitled "Trece de Agosto"showed a woman with a bolo warding off an eagle and a lion--which was interpreted to symbolize the two colonizers power over a people's quest for freedom. His non-secular works include award winning designs for Rizal Day floats. At least one work, "El Triunfo del Patriotismo Sobre la Muerte "(The Triumph of Patriotism over Death) earned a  Gold Medal.

Marcelo was married to Faustina Mijares who bore him ten children. One son, Marcelo Nepomuceno Jr. followed in his footsteps as a religious sculptor of note.
Posted by Alex D.R. Castro at 8:24 PM No comments: 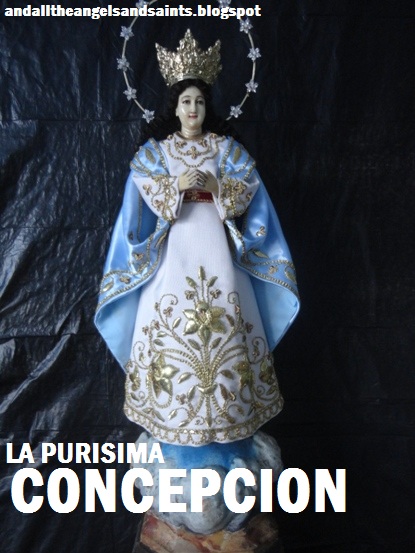 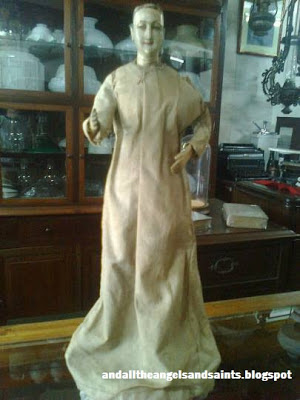 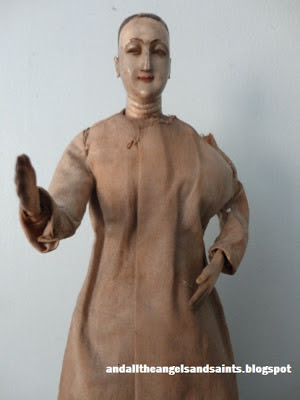 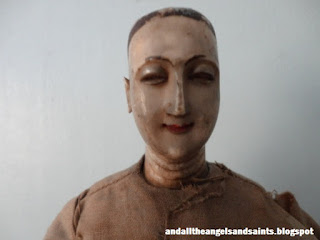 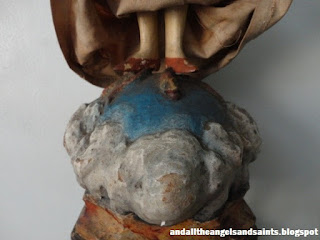 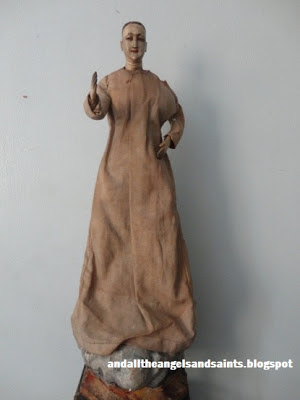 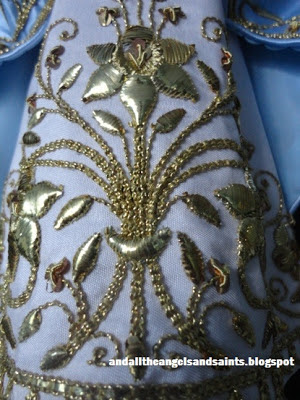 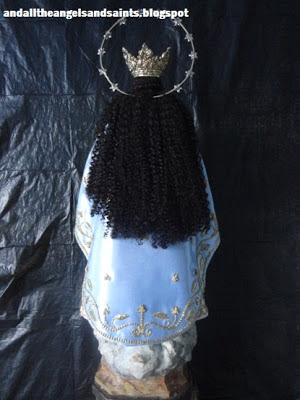 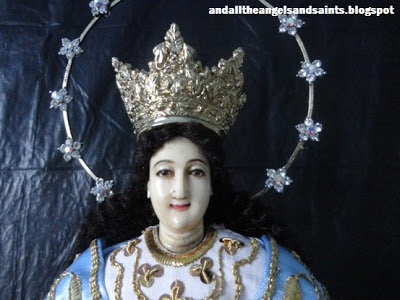 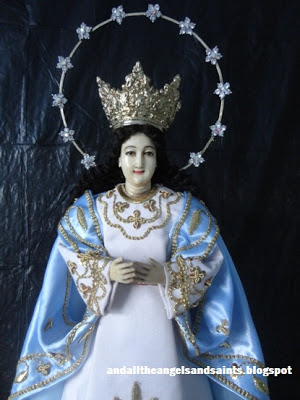 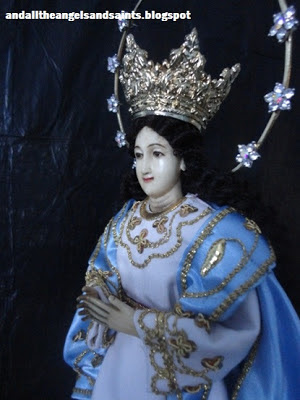 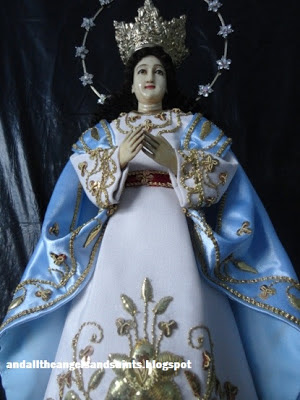 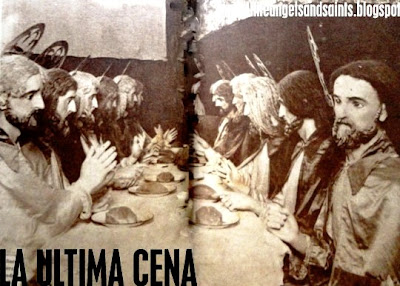 HULING HAPUNAN, Processional santo characters from "The Last Supper", or "La Ultima Cena," as they are featured in a 1934 issue of Graphic Magazine. The caption that describes these images that are still extant today is quoted in full below.

"The Last Supper"  is not from an old print or painting as you would suppose, for the thirteen figures were the handiwork of unknown Filipino sculptors of San Miguel, Bulacan. A highly valued acquisition of the well-known Buencamino, de Leon, Santiago-Mossesgeld families of San Miguel, Bulacan, these images date as far back as the early part of the 18th century. They were also another attraction, day-in and day-out, during the Philippine Exposition of Christian Arts. These images are life-size and have never before been shown to the general public.
Posted by Alex D.R. Castro at 4:48 PM 3 comments: