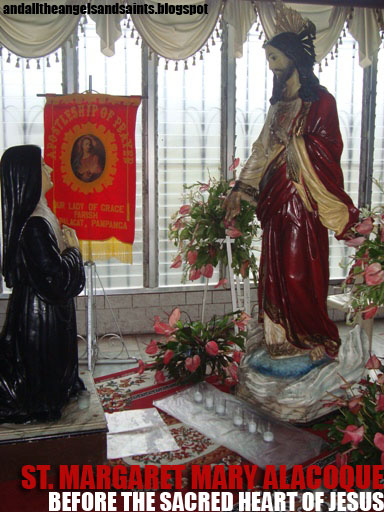 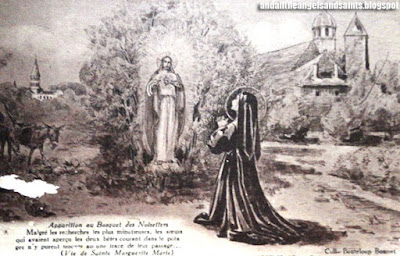 The images were inspired by this divine vision that has been traditionally visualized in old holy cards showing the French nun, Margaret Mary, kneeling in front of Jesus Christ exposing his heart. 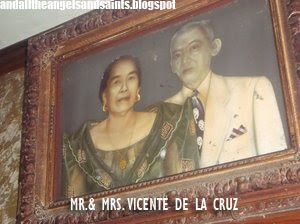 They were commissioned by the couple Vicente dela Cruz (b.9 Sep. 1888) and wife, Felipa Lim, prominent sugar planters and entrepreneurs, who own one of the largest residences in the city—complete with a high tower. 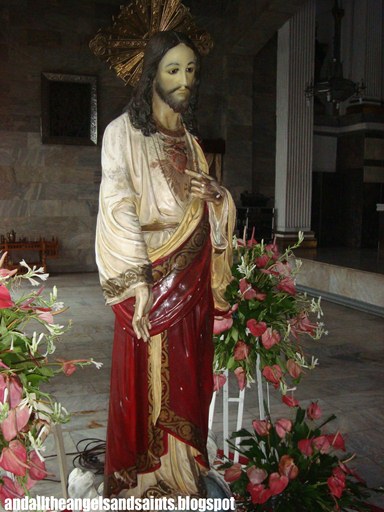 The de la Cruzes have always had a devotion to the Sacred Heart of Jesus, but they chose to include the image of the visionary nun, St. Margaret Mary. 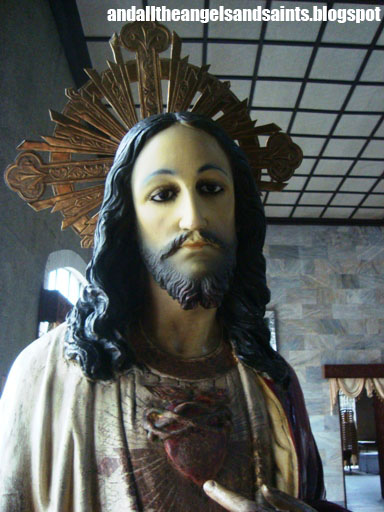 The lifesize statues possibly date from the late to early 30s, and they have a gothic feel in the way the images were carved. Many miracles have been attributed to these images. 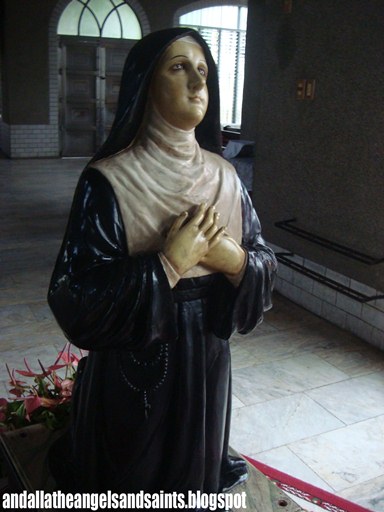 During the War, the tower house of the Dela Cruzes was commandeered by Japanese military leaders and transformed it into their headquarters. At  the time of the Liberation, when the Japanese learned that the Americans were coming to take back Mabalacat, they threaten to burn the house as well as the whole town. 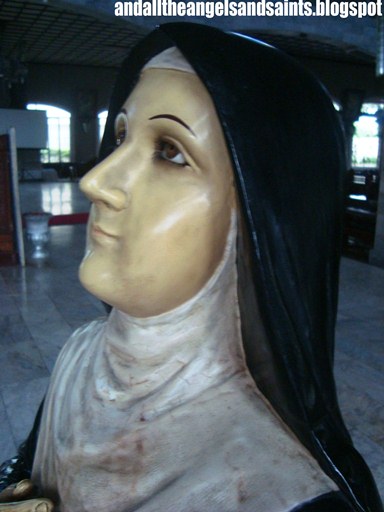 The Dela Cruz household prayed and invoked the name of the Sacred Heart to deliver the house from fire. As it turned out, the enemy forces fled the town in panic, leaving the house unscathed. In more recent times, when the heavy roof of the tower was blown off by a typhoon, it fell on a vacant spot on the yard, safely away from nearby apartments and houses around the mansion. 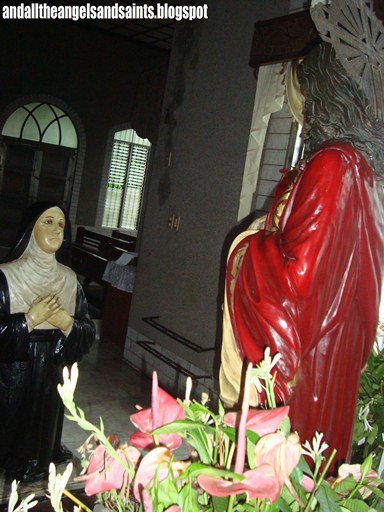 The Dela Cruz heirs continue to lend the images to the Church of the Divine Grace for the annual feast of the Sacred Heart, where it is processioned on its own carroza.
Posted by Alex D.R. Castro at 11:57 PM No comments: