213. Retro-Santo: THE FRIENDLY LADY OF ORANI 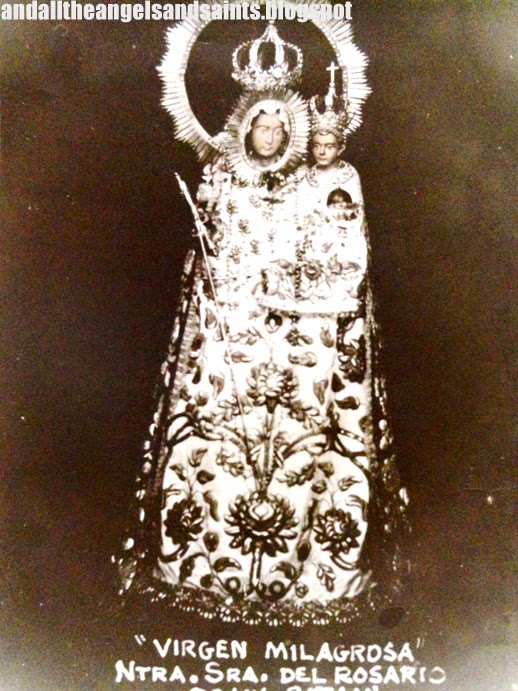 OUR LADY OF ORANI, The Miraculous Lady of the Holy Rosary. ca.1950s photo

It was during the early years of the Spanish regime in the Philippines. Spome villagers had gone hunting one morning and as they, later, discovered thay had come upon the neighbourhood of what is now known as Orani town, they made haste to depart, for, somehow, the story had gone the rounds to the effect that the inhabitants of this place were none too friendly with strangers. But, as they turned back, they found an image of the Virgin of the Most Holy Rosary under some shady “camatsile”trees.

Won over by its friendly countenance, they took it with them to Samal, where she was ensconced in the main altar of the town church, there to be their Patroness. Early the next day, the villagers went to church to hear the morning Mass. It was the acolyte that first noticed it as he approached the altar to light the candles. The image was missing . A diligent search was immediately started upon direction of the parish priest. Nowhere in Samal was the image to be found. 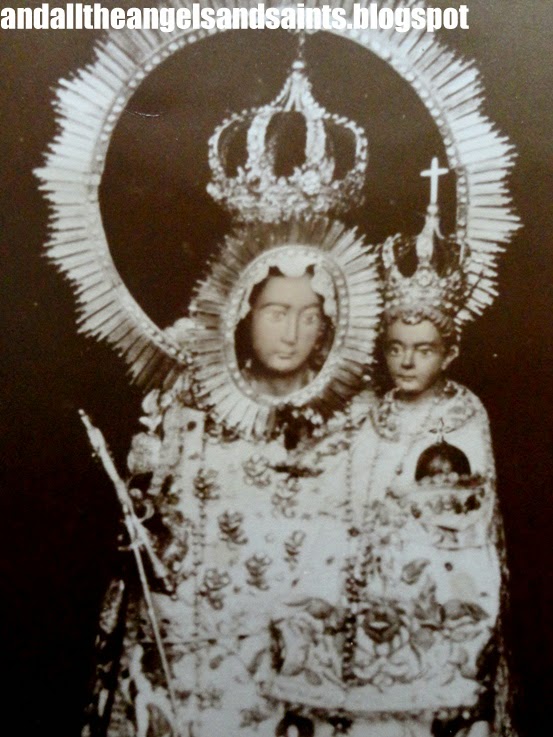 Sometime after, they found her in the place where she had originally been discovered—under the shady “camatsile”trees. She was brought back to Samal. Twice did she disappear again, being once more found in the same place. The thought then, struck the people of Samal that, perhaps, the Virgin wanted herself revered in that site.

In no time, they erected a church in that place, which became the foundation-center of the town of Orani, for the Samal villagers soon found that the inhabitants of that hitherto unfrequented place were not unfriendly at all with strangers. Hence, the name “Orani”, which comes from “Kauri”, or “Kaurani”, meaning friendly. The Virgin had befriended the two towns.

Through the centuries, this image has been most beloved by the faithful, who ceaselessly recount the many favors She has bestowed upon them, which include saving them from savage tribes’incursions, a locust pest, and massacres during the Japanese occupation. The image is richly dressed and has, as usual, the Child in one arm, although in the other, instead of the Rosary, which the image has a round the neck, She has a cane.

According to information released by Acting Chief Nieves Baens del Rosario, of the Workmen’s Compensation Division, through a request from Rev. Fr. Calimbas, Parish Priest of Orani , “a deluxe crown worthy of her honor is being finished to crown her glory. The people, by popular contribution, will have a new dress prepared for her”.

Rumours have it that this contribution was started “by a woman who was asked by the Virgin for a new dress.” The same information narrates that, “When the Japanese occupied Bataan, the image of Our Lady of the Most Holy Rosary was in the Church of Orani. About March of 1942, the people of Orani were able to visit the town. They brought the image to Sapang Lucas, Lubao, Pampanga. 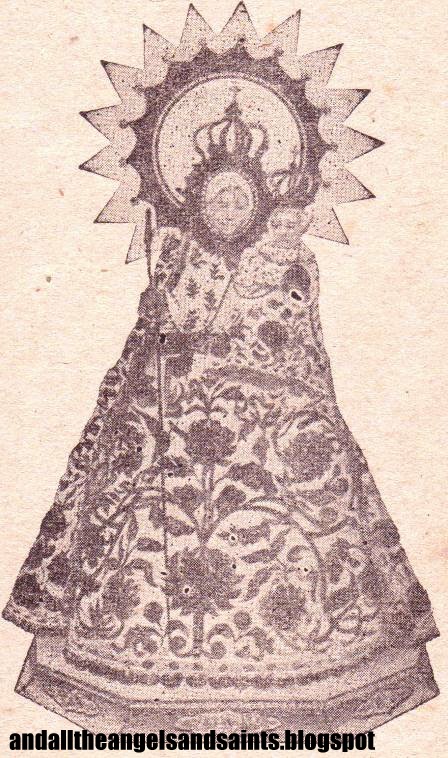 We end with some of the stories going about on the intercession of this image during the battle of Bataan: Ä big group of retreating Fil-American soldiers was almost annihilated by the Japanese had it not been for thick clouds emanating from two merciful hands. When the clouds cleared and the enemies were dispersed, the image of Our Lady of the Most Holy Rosary was seen as the Saviour. “”Evacuees from Zambales and Bataan hiding in the mountains narrated that Our Lady of the Most Holy Rosary used to visit them.

” We give no credence to these tales save that worth a human story. We abide by what the church will officially declare thereon. Biut, they are only given here to show our people still conserve that age-old love for the Divine Mother, Queen of the Holy Rosary.
Posted by Alex D.R. Castro at 12:11 AM No comments: