Spain is acknowledged for its rich, emotional widespread Marian following; the fervor spread to the Philippines. Virgin Mary was easily popularized as a maternal figure; perhaps the native predisposition was affected by the fact that in a number of locales, priestesses reigned over pagan rituals and if a man presided, he adopted an effeminate manner. 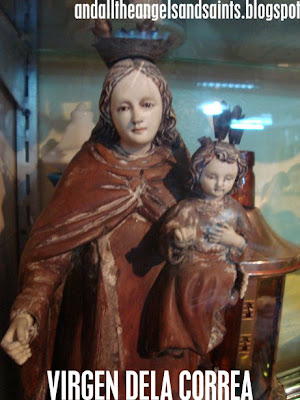 Each order had its variation of the Mary theme. The Virgen de la Consolacion, also called Virgen de la Correa, was a favorite of Basque immigrants and an Augustinian rendition of the Mother and Child figure; in keeping to the apparition of Sta. Monica, Mary and the Babe wear black leather Augustinian belts. Her cofradia began in Intramuros in 1577 and devotions were strong in Cebu and Bacolod. The same Order ran Malate Church with its Virgen delos Remedios and spread the cult to Pangasinan; it also favored the Angustia or Piedad processioned on Holy Thursdays. 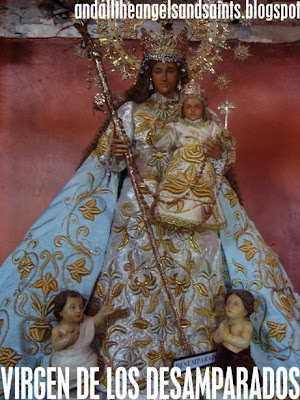 Franciscan manifestations of Mary include Virgen de los Desamparados; the Spanish made replica of Valencia Cathedral’s Lady of the Abandoned was touched to the original before shipment to Sta. Ana Church in 1719. These friars in brown brought the Loreto following to Manila’s Sampaloc district in 1619. Among the most effective of their Marymases are those to Nuestra Señora de Dolores in Pakil, Laguna and Nuestra Señora de Penafrancia in Bicol, They brought a statue of Mexico’s Guadalupe Virgin for Pagsanjan in 1687 and in Los Baños, attributed the hot springs’ curative powers to Nuestra Señora de las Aguas Santas de Maynit. 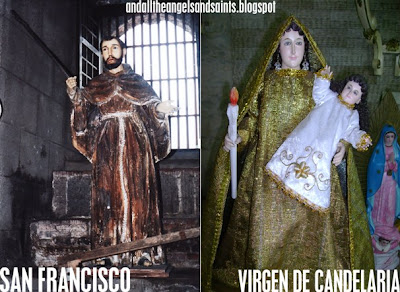 The Immaculate Conception appeared to St. Francis; beyond a doubt spread of the devotion is due to his Order, although many renditions of her image are also found in towns ministered to by other groups. Jesuits, like Franciscans, were fond of Nuestra Señora de Iluminacion, also called Virgen de Candelaria. 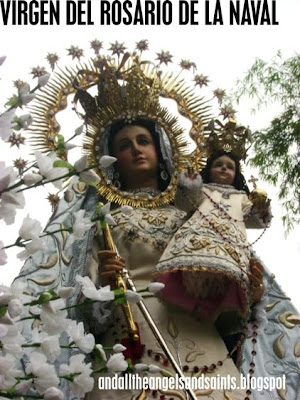 It was Sto. Domingo de Guzman himself who first saw Nuestra Señora del Rosario and her rosary beads. The local cult climaxed in the Virgen de la Naval sculptured by a Chinese convert in 1593.


Recollect devotions include those to Virgen de la Salud and Nuestra Señora del Carmen. The latter is a Carmelite devotion. Recollects on their Philippine trip stopped at the Carmelite padres in Mexico who presented them with a Mother and Child wearing Carmelite scapularies; this image was enthroned in Quiapo’s San Sebastian Church. Recollects are known to have used the Paciencia santo, Christ scourged at the pillar, in Eastern rites. 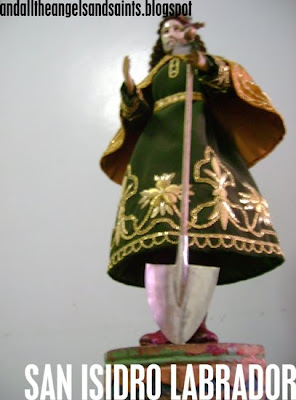 Many home altars had San Isidro Labrador; he is Madrid’s patron and it is no wonder spiritual pioneers introduced this Spanish-born to the Colony. In fact, many settlements and churches are dedicated to the various patrons of the parish priests’ hometowns in España.

Early missionaries used the saintly mélange to prove Christianity’s superiority over animism and Islam. Selecting a church titular or a town patron meant finding a saint whose attributes or “powers” related to the Asian community, many times in direct parallelism with pre-Spanish deities. San Rafael who carries a fish appealed to fishermen; San Isidro was ideal for farmers and when priests introduced the plow which is part of his iconography, natives considered it a gift from their heavenly sponsor. 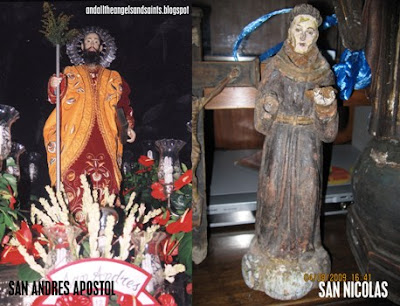 Before long, localized rationales and signature symbols emerged. San Pedro Apostol became the cocker’s friend because of his feathered sidekick; bird beaks and whole animals disappeared from santo arrangements as talismans. A carabao replaced San Isidro’s ox; equestrian Santiago Apostol acquired a following of coachmen and jockeys; knifemakers identified with San Bartolome who carried the flaying knife of his martyrdom; San Nicolas de Tolentino’s breadroll transformed into a tarat known to fly back on his fiesta like Capistrano Mission’s swallows. And, as an indication of the language problem that existed despite the cleric attempts to promptly learn native dialects (considered faster and simpler than teaching Spanish to a multitude), San Pascual Baylon is favored by dancers because his family name recalls the Spanish verb bailar. 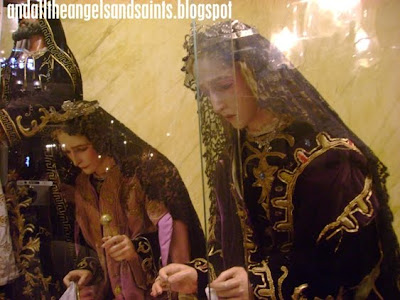 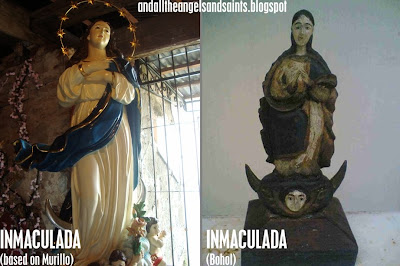 Many Immaculadas in the Murillo tradition find provenance in Franciscan towns; those in stiff farthingales with equally rigid cloaks pushed behind Mary’s shoulders or at least baring her forearms appear to be from Augustinian and Recollect areas. Bicol folk immaculadas may be in farthingales but their cloaks drape languildly and they retain the serpent and globe of Franciscan tradition that are usually missing from Visayan versions. 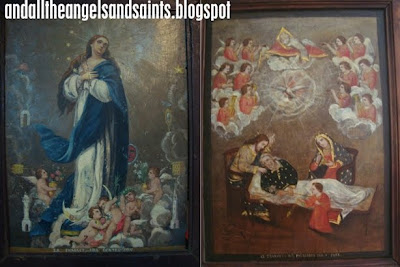 Religious art was strictly controlled by the Orders until in May 1785, Carlos abolished their censorship and hoped to encourage a migration of European artisans with free passage to the Colony. Advancements in ecclesiastic plastic arts were naturally obvious among church and elite, and more so after the Island’s art academy opened in 1855; sculpture was added to the original drawing and painting curriculum before the 1900s. Nevertheless, the parish priests’ preferences continued affecting community styles. Popular santos retained a sculptural childlikeness as religion continued its permeating force. The Spaniards came, conquered, Christianized and were replaced by new orders.

Yet the saints prevailed and with them, an exemplary cultural confluence that neatly tied up the tropical Indo-Malay world with the profound age of Christianity, equality, and perhaps even more significantly, with the great civilizations that came before. For early Roman converts were unable to withdraw from their polytheistic habits and carried home venerable images thinly disguised at first as saints; and, unable to detach from the security of their artistic traditions, these reverent Christian-elects depicted their Messiah as a handsome youth resembling beloved Orpheus and Apollo, and even retained the latter’s most popular attribute as Sun God—the halo!

*Felice Sta. Maria’s works appear in periodicals like Archipelago, Contempo and Times Journal, as well as books like Filipino Heritage, Culinary Culture of the Philippines and Turn of the Century. Her title on antiques and heirlooms in the Philippine household will be released next year by GCF Publishing.