5. AN AGE OF ALTARS: The Personification of Popular Philippine Santos, part I 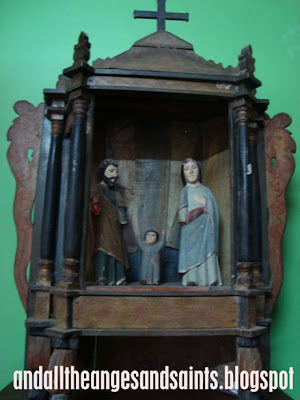 In Dupax, Nueva Vizcaya, when San Isidro Labrador fails to bring rain during drought, his sculptured image is left to the elements; household statues of other uncooperative patrons are made to stand in a corner. Punishment ends and the santos are restored both their altars and their dignity only after devotees get what they pray for. 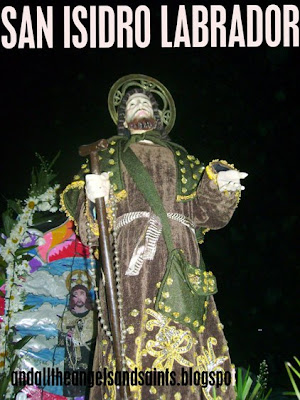 In Philippine culture, such sulking is proof of a cultivated intimacy akin to the frequently risqué piropes uttered to the Virgins of Seville: “You make other Virgins look like whores”, proclaim the faithful in a show of endearment to their confraternity’s statue!


As early as 1592, a Roman Catholic synod fixed 600 as the maximum number of persons a priest could, in due conscience, service. Upon the outset of Spanish-American hostilities in 1898, the ratio of priests to souls in the Archipelago approximated 1 to 4,000. The flock needed accessible inspiration and consolation. Religious images—including carved santos that are highly collectible today as art pieces—provided the solution. 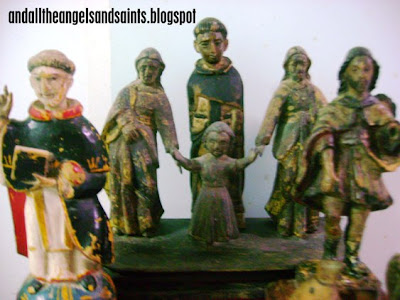 The age of household altars signified a triumph in missionary efforts. Formation of the initial native gentry began with the profits from exporting indigo, rice, sappan wood, sugar and cotton from 1820 to 1835; subsequent booms commenced immediately after in abaca, coffee then later, copra (from 1880) as well as tobacco (no longer a state monopoly from 1881). In typical nouveau riche fashion, gentlemen farmers chose religion and its accoutrements as a respectable outlet for displaying their hard-earned status. 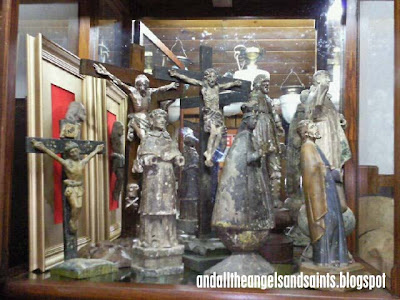 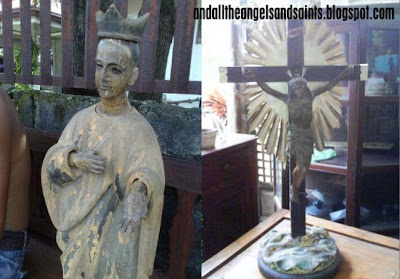 There was a profound disparity between Hispanic-Roman Catholic and Philippines-animist-Islamic cultures. Fortunately, Rome had encouraged reinterpretation as early as 2 A.D. when Pope Clement of Alexandria urged that ineradicable pagan symbols be reinvested with Christian meanings. This lenient adaptability not only allowed a Christianization of Filipinos but also Filipinization of Christianity noticeable—from santo iconography to celebration rites in the local church. 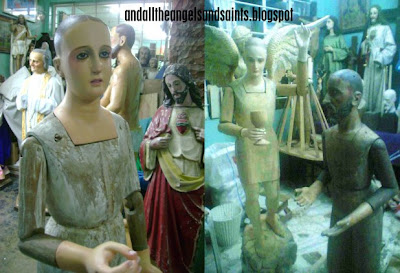 Equally effectual was the well-devised schedule of Christian activities that prescribed daily matins and vespers as well as a yearlong saint-a-day calendar. As Catholicism gained headway , Filipinos reckoned time not solely by planting routines but by saints’ and holy days.


Church building began upon conquest; however, the patron saint schema was used with increasing frequency after permanent stone synagogues became feasible around Spain’s second century of occupation. Early friars and their native, Chinese and later Chinese mestizo assistants created awe-inspiring reredos and retables of wood, gilt and silver to house images of the heavenly hierarchy carved locally, in Mexico, China and Europe. 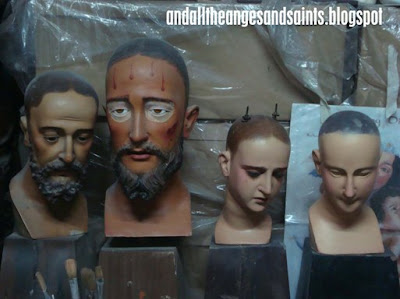 Humanlike santos were teaching aids. Their lovely and poignant faces made dogma believable and comprehensible. Elaborate reliefs like paintings told entire Lenten and Yuletide stories better than many a sermon.

Fearing an overindulgence of ornamentation no matter how educational, Augustinians converged in Lubao, Pampanga in 1627 and limited the number of images a religious could own –no more than one bulky statue and four smaller santos or paintings. Excess was sold to benefit the Order. Superiors inspected parishes bimonthly and warnings were issued against excessive accumulation of inlaid furniture, bracelets, chairs, desks and drawers in the privacy of convents. 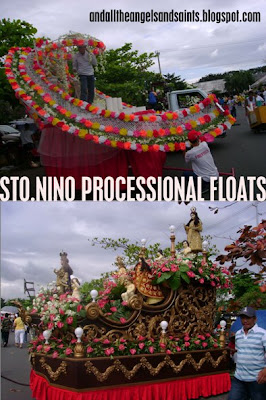 Irregardless of these efforts, flamboyant shrines triumphed as the native churcgoers’ novice faith combined with the clerics’ financial stratagems to support ever-expanding Philippine and foreign missions. 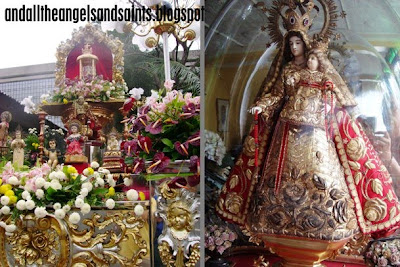 Inspired by cathedral magnificence, altars for above-humble homes developed into grand collections of mesmerizing precious ivoryand wooden images set atop altar tables intricately set with bone, highly carved, turned and even pushed out from bedroom seclusion into living room. Processional images were added to altars or stored disassembled and uncostumed in a tiny abandoned room referred to as the cuartito where tots did penance for their pranks. (TO BE CONTINUED..)
Posted by Alex D.R. Castro at 4:38 PM